Need a little genealogy brain teaser or just something to make you scratch your head or go “ewww.” Well, here you go.

The Gentrys and Levelles have a strange double connections going on. There is not just one marriage to connect the families, but two. Two sisters married a father and son. Weird, huh? Let me break it down for you.

Mary Ellen and Rose Estelle Levelle were sisters, born about five years apart in Baltimore. Mary was born June 19, 1867 and Rose in March of 1872 (their parents were Edward Francis Levelle and Mary J. Loughran for those keeping track). 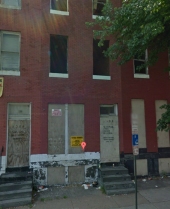 So Haden Gentry’s sister-in-law was also his daughter-in-law. And they all lived together in a “boarding house” with Mary and Rose’s father and brother (Edward Francis Levelle and Edward Francis Jr.). This arrangement lasted for at least 10 years, with multiple families living together in one house.

This house, in 1900, must have been two townhouses combined (physically or not), because all 14 people are listed for the address 1308 Aisquith Street and there is not a 1310 listed. But then in 1910, only 1310 is listed with a different family occupying 1308 (11 people in a townhouse!) I used to drive by these housed everyday to work and would just wondering what they would have been like 100 years ago. 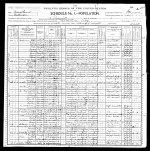 My Tree on Ancestry.com
My Profile on FindAGrave.com